The Swan Song is About to Begin

That’s all, folks. Nintendo has announced that all production of the Wii U has ceased. Unfortunately, the Wii U has not fared as well as its predecessor. While the Wii sold like hotcakes, the Wii U had a great start, then sputtered, choked, and died within the first three years. The murderer? Most would agree it was third party support.

The Wii U was a wild departure from the Wii, but you wouldn’t have guessed from it’s launch at E3. Nintendo’s message at launch and well after was muddled and confused. Most of the audience for the Wii thought that the Wii U was just an expensive add-on to the Wii. Or worse, had moved on to smartphone games and had left Nintendo completely behind.

Then there was the infamous EA showing at launch. During the launch presentation, EA’s CEO of all people gushed the praises of the Wii U and their “unprecedented partnership”. Then…. four games. Not just for launch. EA published a grand total of four games for the Wii U’s entire lifetime. Four. And for years they weren’t even available on the Nintendo eShop. EA deserved every Worst Company in the World award it got. Speculation is that EA demanded that Nintendo’s online store be EA’s Origin platform. When Nintendo refused, EA took their ball and went home.

As for Nintendo itself, it was releasing a Mario game at launch… A 2D “New Super Mario U” title that recycled assets from the previous title on the Wii. Not an auspicious start. Plus, Nintendo Land, another launch title from the Big N, was maligned as not much more than a collection of tech demos. 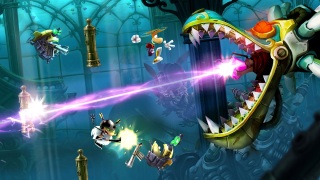 Fortunately, during the first couple of years, Ubisoft turned out to be a strong supporter of the Wii U, releasing triple-A titles and smaller projects alike. “Zombi U” was specially designed for the Wii U with novel, if a bit gimmickey, use of the Wii U hardware. But then… “Rayman Legends”. Originally slated as a Wii U exclusive, the game was delayed for nearly a year. But along with the delay announcement, it was announced that it would no longer be a Wii U exclusive; it would be releasing on every platform. Wii U fans were livid. Not only would one of the most anticipated games for Wii U be delayed for a very long time, but it was also obvious that the game was completed and ready for release on Wii U but was delayed in order to port it to competing platforms. 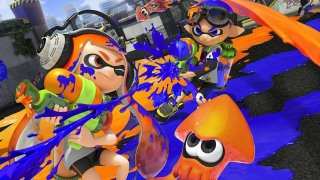 On the other hand, Nintendo hit it’s stride and began to release solid, enjoyable titles like “Super Mario 3D World” (What New Super Mario U should have been), “Warioware: Smooth Moves”, and HD re-releases of classics like “The Legend of Zelda: Windwaker HD” and “Twilight Princess HD”. They pushed into new IPs like “Splatoon” and “Captain Toad: Treasure Tracker”. They released “Star Fox: Zero”, “Mario Kart 8”, “Super Smash Bros. U” and on and on. 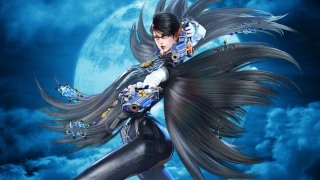 The problem? Huge gaps in games. Nintendo simply did not have enough games in their pipeline to sustain the Wii U on their own. By the second or third year into it’s life, the Wii U was all but a ghost town for major third party releases. 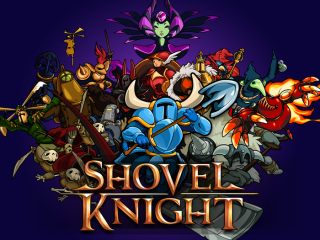 Indie games flourished on the Wii U.
But even though spectacular indie games like “Shovel Knight” premiered exclusively on the Wii U, it simply wasn’t enough to hold most gamer’s attention.

By the time “Star Fox: Zero” was released, it became obvious that Nintendo’s attention was no longer on the Wii U. The “NX”, a mysterious new platform was announced only four years into the Wii U’s life. All but shovelware publishers abandoned the console. Although Nintendo continued to very slowly release new games for the platform like “Yoshi’s Woolly World”, and loyal third parties released niche gems like “Tokyo Mirage Sessions FE”, the writing was on the wall. 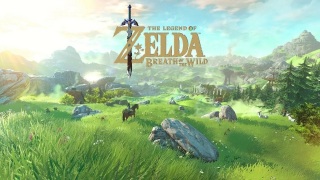 Nintendo soon announced that “The Legend of Zelda: Breath of the Wild”, a game originally intended for the Wii U would be moved to the upcoming successor, “NX”, and would be the last first-party game released on Wii U. Not long after, production ceased. The Wii U was dead only five years into its life and months before its successor, now named the Nintendo Switch would be launched. A very sad end to a console only able to sell 13 million units. Even less than the abysmal Gamecube at 21 million. Compare that to the Generation’s leader, the Playstation 4 at 53 million and counting. 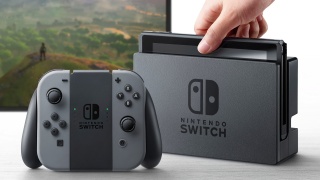 It appears the new Nintendo Switch will have to be the savior of Nintendo. With a home console that can also be taken on the go as a portable, the Switch has a compelling innovation. But will it succeed where the Wii U failed? We will have to see…