This Is A Big Deal The latest news from Nintendo is rather shocking for retro and old school gamers. The next title in the Sonic series, called “Lost World”, is to … Continue Reading New Sonic Title, Lost World, Is a Big Deal 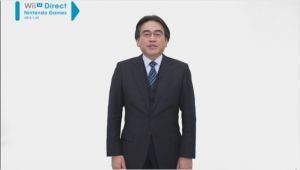 Everyone knows about the recent Nintendo Direct with the Nintendo news blowout everyone has been waiting for. But in case you’ve been living under a rock, here is a quick roundup: Wii … Continue Reading Nintendo News Megaton

A Lament on Backwards Compatibility

OK. It’s not perfect. Right now Nintendo’s servers are overrun so update and purchase download times are atrocious. There is no Hulu Plus. There is no Youtube. There is no … Continue Reading Wii U First Impressions

The Wii U hasn’t been released yet, but I have already noticed a pattern in the information that has been released. Gaming media outlets including IGN have been pouring over … Continue Reading Wii U Menu Themes

The Twilight Days of the Wii

There are very few days left where the Wii is going to be the flagship home console for Nintendo. Let’s take a look back on the Wii as it starts … Continue Reading The Twilight Days of the Wii

Posted September 20, 20121 Comment on Star Fox for a New Generation on Wii U Action Games

Star Fox for a New Generation on Wii U

You know what? With all of the hype coming out of the upcoming launch of the Wii U, I got to thinking; “What is the Nintendo franchise I’d most like … Continue Reading Star Fox for a New Generation on Wii U